Use of natural plant products have been known to human from centuries. One of which is the Turmeric plant; known for its various medicinal uses.

Turmeric is the member of ginger family and its scientific name is Curcuma longa. Its root and rhizomes are mostly used. Rhizomes of the turmeric are dried and then ground to make a powder, which is yellow in color.

The taste of the turmeric is bitter and warm and is mostly used a s a coloring and flavoring agent in curry.

But the compound of interest is curcumin which is responsible for major pharmacological effects of turmeric.

It is extracted from Curcuma zedoaria, Curcuma longa, Curcuma xanthorrhiza. It acts as a metabolite, an anti-inflammatory agent, and antineoplastic agent.

A phytopolylphenol pigment derived from the plant Curcuma longa.

The major health benefits of turmeric are due to curcumin. The downside of turmeric is the issue of abosrobtion or poor bioavailability.

The natural demethoxy derivative of curcumin is Bisdemethoxycurcumin.

Turmeric and curcumin contain many therapeutic properties which are known to provide many health benefits.

Osteoarthritis:  Curcumin can decrease markers of inflammation and thus relieve symptoms of osteoarthritis.

Obesity: As curcumin inhibits the inflammatory pathway which is involved in obesity and use to regulate body fat.

Diabetes: Blood sugar metabolism can be regulated by turmeric and curcumin and also actively decreases the effects of diabetes on the body.

Liver: According to researches it is believing that turmeric extract and curcumin also have some protection against chronic liver damage by helping reduce harmful oxidative stress.

Cancer:  Early stages of some forms of cancer (colon cancer and colorectal cancer ) can be cured by using turmeric curcumin.

Antifungal:  Fungal cell membranes can be disrupted by the turmeric curcumin and can be used in combination with other anti-fungal medicines for even better results.

Antibacterial: Strong antibacterial effect can be provided by the curcumin and thus eliminates many disease-causing and harmful bacteria. 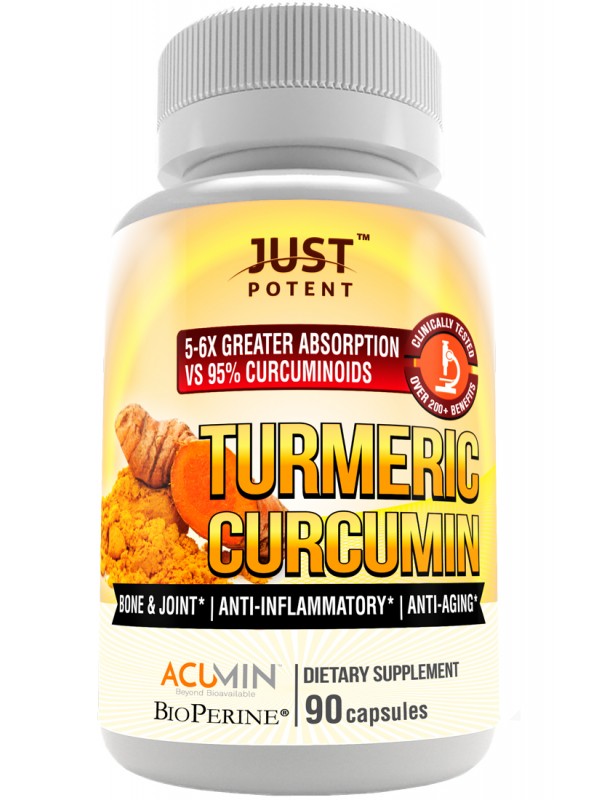 Safe dose of curcuminoids is around 8g in humans.  This dosage amount could also be affected by different factors. As a caution, it is recommended that you consult with your healthcare practitioner before using turmeric or any other supplement.

Turmeric is very useful especially in Asian regions where it is use as spice in different dishes.

Beside its use as a spice it possesses many therapeutic effects as well.

Turmeric reduces exercise-induced inflammation and soreness of the muscles, speeds up the recovery and performance in active people.

The anti-inflammatory effect is quite similar to the effect of ibuprofen, a well-known NSAID used to reduce inflammation but there are no major side effects to using turmeric curcumin.

It also possesses antioxidant and anti-cancer properties and can be beneficial at alleviating or curing many diseases.

In Ayurvedic system of medicines which is used in India, it is used to treat digestive problems, body aches, pain, and different skin conditions.

Other names of Turmeric

Different names have been given depending on the origin and location of the turmeric plant. Other turmeric curcumin names are: Haldi, Halada, Pasapu, Zirsood, Junyit , Manjal, and Indian Saffron. The Indian Saffron name is given due to its brilliant yellow color.

Digestive problems occur because turmeric may increase stomach acid secretions and may cause digestive distress.

Symptoms like nausea, diarrhea and stomach pain are a few of the most common turmeric side effects, it is advisable that lower your dosage of turmeric.

Turmeric has blood thinning properties and may interact with other anticoagulants like warfarin/Coumadin which increases risks of excessive bleeding.

Not Suitable for Pregnant Women

In excess quantity turmeric is not suitable for use in pregnancy as it promotes contractions.